My Name is Lyman Mitchell

I was born in Tucson, Arizona where I lived with my parents and five siblings.  I was very active in the band, playing the sousaphone, tuba and eventually learned the guitar at 15.  I was an avid athlete in high school, involved in pole vaulting, hurdles and football. I was a journeyman carpenter at the age of 17, and worked as a contractor for years. 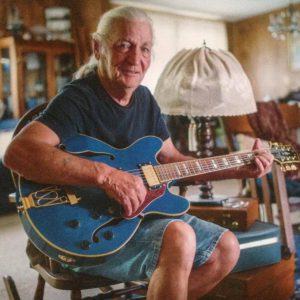 Later I attended Eastern Arizona Junior College where I played football for two years, formed a band called Arizona Cactus Kings, got married at the age of 20, and had two daughters.  My wife passed away in 1994.

I attended the University of Arizona and majored in biology and chemistry.   I also played in the Tucson Symphony Orchestra while living in the area.

Later down the road I raised dogs and race horses (still working at other things) and got a burr under my saddle to write a children’s Christmas book called ‘Pee Wee Saves Christmas‘, you might just like to look it over!

I love to hunt, prospect and create silver jewelry.  Just because I can’t find enough to do with my time, I can always go check on my cows at my residence close to Austin, or my property Comanche Country Ranch & Event Venue south of Lockhart.  My guitar still has a place on my lap and music a love in my heart’. Sounds like the beginning of a good song lyric.

Lyman Mitchell’s website is a small culmination of accomplishments by a brilliant self made man, from being an expert at carpentry to writing and performing the theme song for the “Two Snakes” video seen here. (Starring Farr Ranger of the Plum Creek Shooting Society)  Hope everyone visiting this website enjoys themselves and comes back for another visit, You Are Always Welcome!